A Team Approach to HVAC Issues

If I’ve learned anything in my time at Hubbell, Roth & Clark, Inc. (HRC), a consulting engineering firm, it’s that architects are in the minority, but are a unique part of a thoughtful and very dynamic team. The projects I’ve had the privilege to work on are incredibly varied, challenging and interesting. One such project has been an in-depth analysis and design of solutions to HVAC problems at a building within a large transportation facility. The mechanical system in this particular building was unable to provide enough heating in some areas, resulting in frozen water pipes during winter; which impacted operations of the facility. The initial thought may be: What can an architect contribute to fixing an HVAC issue? Well, the owner had attempted several minor mechanical improvements with no real success, and realized that the building, basically a glass box located inside a parking garage and connected to a large building adjacent, needed more than just HVAC improvements to really resolve the issues.

Upon identification of the problem, we ran a series of computer simulations to determine what changes could help to achieve more comfortable thermal conditions including: adding walls, doors, vestibule enclosures, replacement glazing, adding ceiling fans and most importantly, improved HVAC components.

The HRC Team was brought on to do a full analysis of the space to understand the effects of airflow, equipment performance, air stratification and building thermal performance. In order to comprehensively understand all the factors involved, an initial study was done, in which a detailed computer analysis of the building was undertaken. The first step in this process was to create a complete 3-D model of the facility. Rather than spending several painstaking days to create as-builts measuring the existing building by hand, a computer scan of the spaces was quickly taken using a 3-D laser scanner over the course of several hours. The scans were able to be taken in the middle of the night, which helped to minimize disturbances to both staff and patrons. The collected data was also more high-quality, given that there was little interference with collecting the data.

Once the data was translated into a 3-D point cloud (a computerized set of X,Y,Z coordinate points representing the external surfaces scanned), it was used as a base to create an accurate 3-D Autodesk Revit model of the building. The data was then brought into Autodesk’s Computational Fluid Dynamics (CFD) program to begin simulating the airflow and temperature levels in the facility. During the study, we were extremely fortunate to be able to collect actual temperature and velocity data at all the registers and heaters in the spaces on the coldest day of the year. These conditions provided an excellent worst-case scenario for the data. We also collected temperature data on the spaces within the building with the use of a high quality infrared camera to be able to visually quantify the thermal effects. 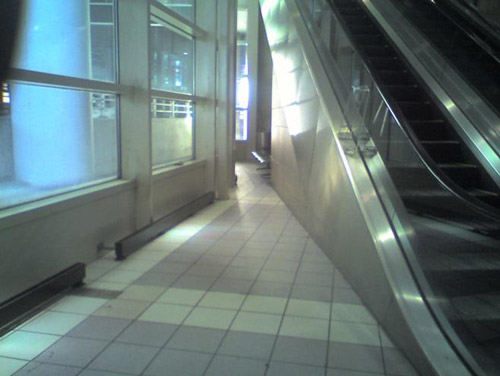 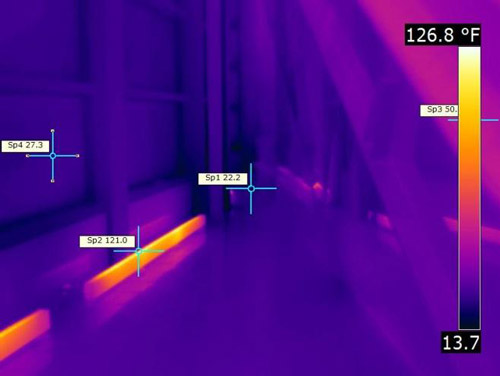 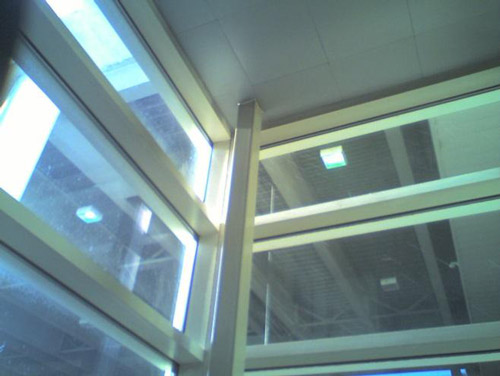 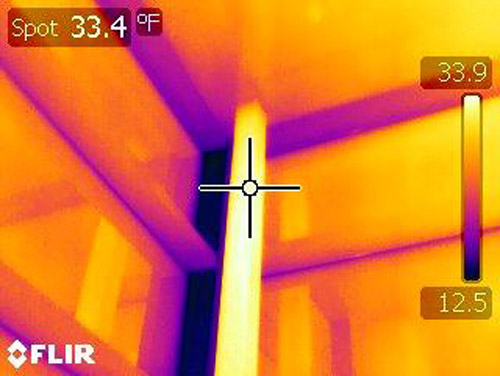 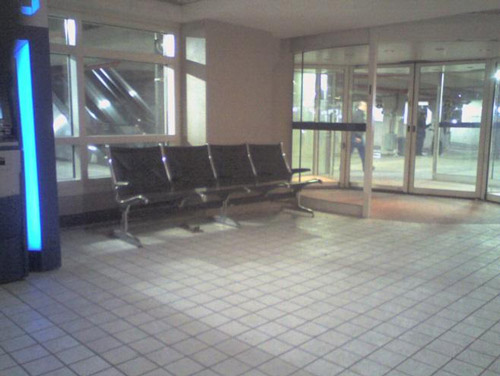 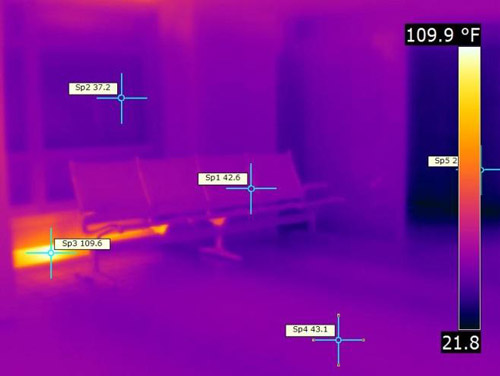 Once all the data was compiled into a set of values, the information was then entered into the computer software to create a 3-D simulation of the thermal conditions observed. Several key factors were determined to be an influence on the deficient HVAC system performance:

All of these factors together had the unfortunate effect of being too much for the HVAC units to overcome in order to maintain desired building temperatures.

Taking a highly detailed approach to collecting and analyzing both the architectural conditions as well as the HVAC data really helped the entire project team to understand and address all the issues in order to have a successful outcome. We looked at cost estimates and payback analyses to determine the most cost-effective and meaningful solutions for the owner to pursue. This made for a more streamlined design approach when the project moved from the study phase into the engineering phase.

In the end, the new HVAC system design encompassed several equipment upgrades, most notably the addition of a gas-powered hot water boiler system, air conditioning unit replacement, new in-duct booster heaters and infrared heating units, and ductwork replacement and re-insulation. The architectural improvements involved the addition of several new sliding door assemblies, replacement vestibule enclosures, and insulation of ceiling cavities to ensure a tighter building envelope to minimize loss of air to adjacent spaces. The team was confident that this comprehensive approach would ensure that the final solution would be successful in achieving the desired thermal conditions in the building as well as being within the Owner’s desired budget for the project. Now that the fixes are complete, the system is working wholly as designed. The Owner is enjoying finally have a true solution to their problems in the building, and delivering comfortable conditions for both employees and patrons.

When writing the initial proposal to the client at the very beginning of this project, I had no idea how far the HRC Team would come in our journey of analysis, discovery and technology. I am happy to say that now that the project is complete, it has been a tremendous experience in working collectively to achieve a unique and successful outcome on a complicated issue.