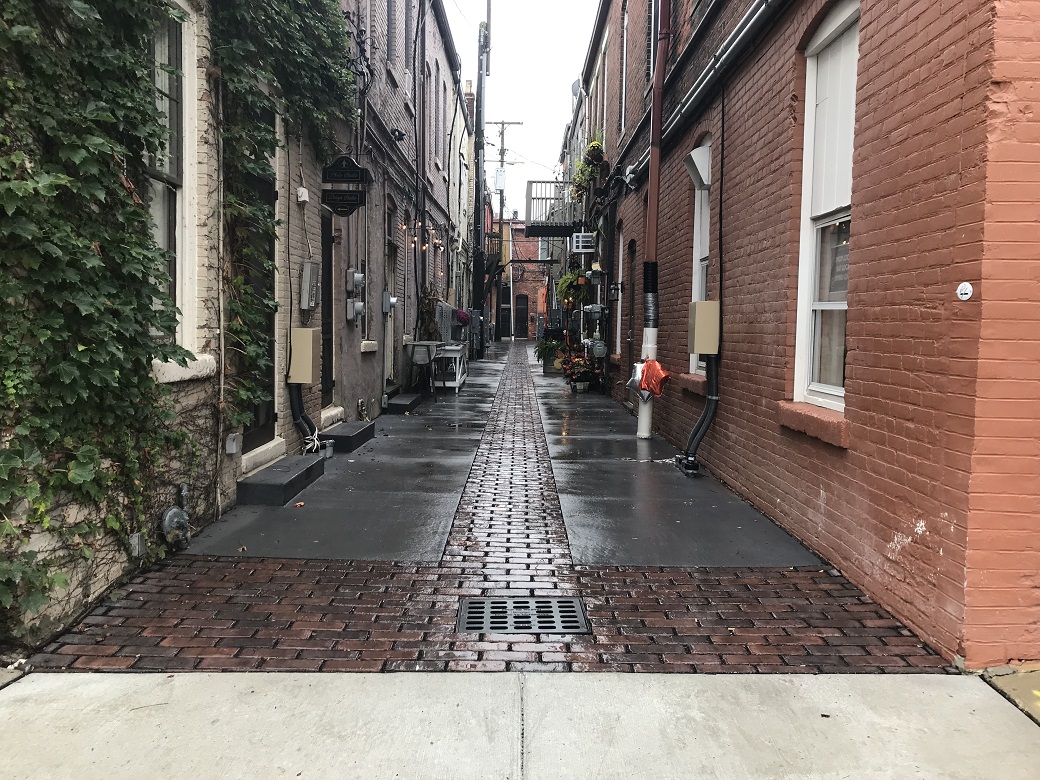 Howell State Street and Alley Improvements wins Hubbell, Roth & Clark’s annual Cool projects competition. State Street project was a culmination of a road, utility and beautification project.   As part of the utility portion of this project, the water main, sanitary sewer and storm sewer were all upgraded in both the alleys and along State Street.   Also included in the utility portion was the relocation of existing utilities from overhead to underground.  As part of the road portion of the project, the existing pavement in both alleys and along State Street were removed and replaced.  Pavement in the alleys was upgraded to include colored concrete pavement as well permeable pavers.  Pavement along State Street was upgraded to a “festival” pavement which meant that no raised curb and gutter was installed.  Instead, the pavement was put back so that it was flat across the entire corridor and drainage was directed to a valley gutter.   As part of the beautification portion of the project, new trees, plants, benches and an electric vehicle charging station were all installed.  As part of the construction phase of this project, HRC provided observation, testing, layout and administration.